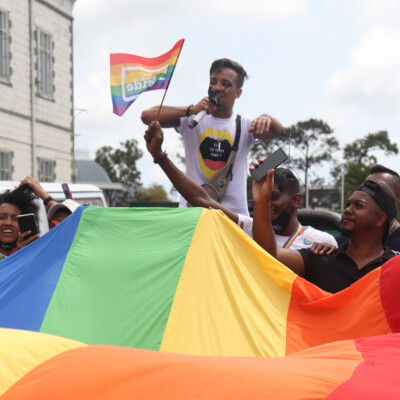 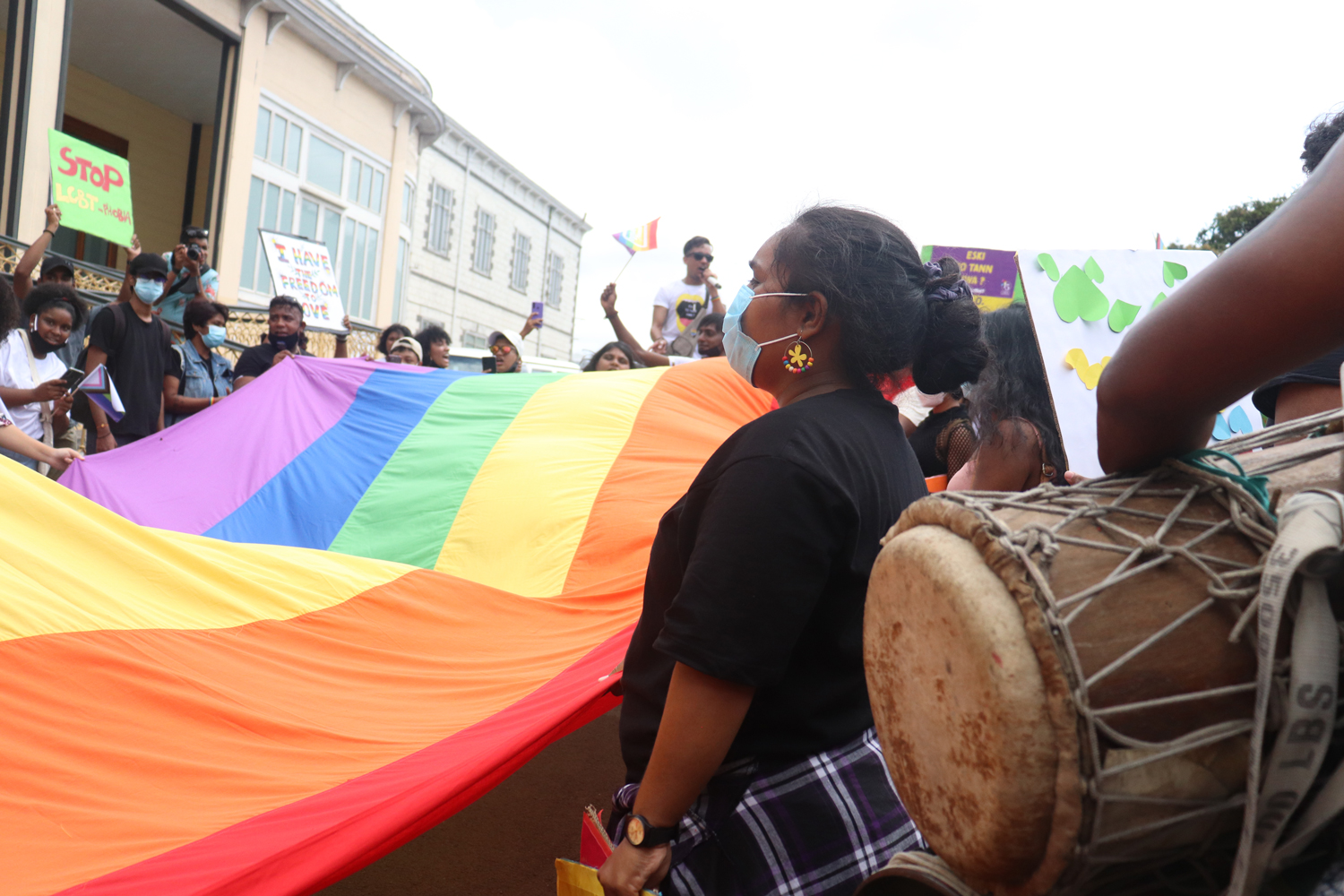 Saturday 10th of October, Rose-Hill welcomed once again the march for equality. Indeed the first gay pride took place some 14 years back in Rose-Hill in May. If the demands are still the same it is because successive governments under the prism of conservatism are unable to abrogate discriminatory and archaic laws that concern sexual practices that target directly homosexuality. On the other hand the laws do not offer protection to people being discriminated on the basis of sexual orientation thus render vulnerable LGBTQ people to discriminatory practices.

The some thousand people that marched in Rose-Hill were thus asking abrogation of Criminal Code section 250 that existed since British Colony in 1838. This section criminalizes sodomy and exposes culprits to penal servitude not exceeding 5 years. Marchers also demonstrated against human rights violation and discrimination with regards to LGBTQ.

If previous demonstration that took place in Port-Louis were met with hostility by some group of individuals, this march was characterized by much joviality and young people who affirmed their sexuality in much uninhibited manner. In any case taking the march back in the Streets of Rose-Hill is a wise decision of Collectif-arc-en-Ciel. It gives back to the march its public characteristics and political affirmation. After all marchers have been asking for a simple thing, equality.