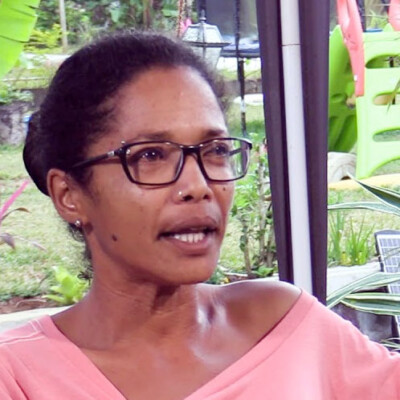 Women in struggle. This video interview of Virginie Orange was done in October 2020. Virginie is the first woman of Mauritius to be a boater and she has been of the women who has been active on the Mahebourg Waterfront to help contain the Wakashio Oil spill that hit mauritius in early August of 2020. Virginie Orange, along with other activists also worked hard in supporting families from the region with food pack because of the critical situation that deprived many from income. Virginie has been part of the movement post Wakashio, the Konversasion Solider Lakot Sid/Sid-es (Solidarity Conversation of South/South West). This collective has pushed for demands of moratorium on debts, for a survival allocation for people of the region affected by Covid-19 pandemic and Wakashio, for hiring in priority people from the region by dedicated companies to deal with lagoon and coastline cleaning. It is the same collective that has been in the midst of mass mobilisation in Mahébourg on the 12th of September 2020 where some 100,000 people marched to express anger against government’s management of the Wakashio crisis and the necessity for a new Mauritius (Nouvo Moris). In the meantime the State of Mauritius has acceded to the reopening of some of sea and lagoon activities and some of the demands of the collective under popular pressure.