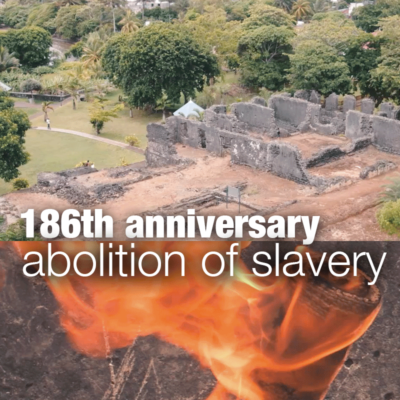 On the 1st February 2021, Rezistans ek Alternativ, the Centre for Alternative Research and Studies and the General Workers Federation commemorated the 186th anniversary of the abolition of slavery in Mauritius.

The event took place at what is left of the Dutch and French fort in Vieux Grand-Port, in the south east coast of Mauritius. The choice of this place that has seen the first settlement of Mauritius is because Anna de Bengal with other enslaved people burnt down the fort in 1695 under dutch colonization.

Thus, the organisers of the commemoration wanted to underline this act of insurrection as the founding stone of working class liberation in Mauritius. In this interview, Dany Marie from organising team explains the reason of such a demand.