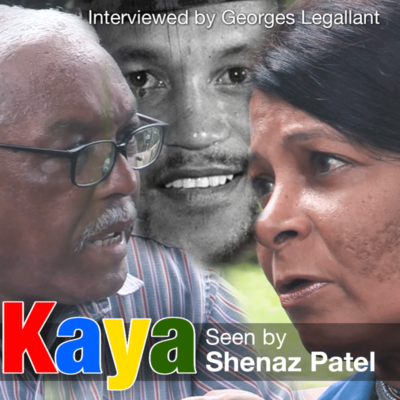 Shenaz Patel is a well-known and internationally recognized Mauritian writer. In this interview given to Georges Legallant, Shenaz comes back on what Kaya (Joseph Reginald Topize) represented for her and the Mauritian society, twenty two years after his death. Shenaz speaks about her encounter as a young journalist with the singer that she describes as a genius, she also recall the three days riot that took place after Kaya’s, till now, unexplained death in a police cell.

This interview was realized on the 18th of February 2021 and partly broadcasted during the live program of Rising Ocean dedicated to Kaya’s memory where Geroges Legallant received writers Michel Ducasse and Sedley Assonne.