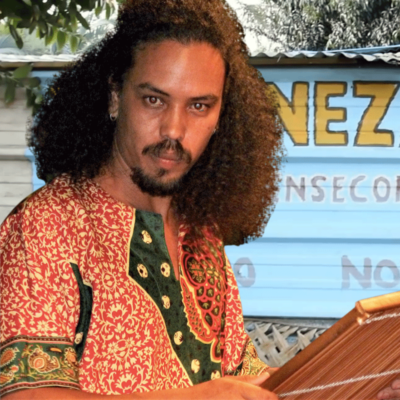 We will remember for a long time the Gilets Jaunes movement that began in October 2018. If it was in metropolitan France that the movement began with the main target being the rise of TIPCE (Taxe Intérieure de Consommation sur les Produits Énergétiques) it soon won Reunion a month later and  took  a more radical form.  Saturday, November 17th, began indeed an unprecedented social mobilization in the island with more than 15 days of mobilization, blockade and occupation. If the mobilization was so virulent in Reunion it is probably because the Reunion islanders suffer apart the problems highlighted by the Gilets Jaunes in the France, political alienation characterized by all forms of colonization, poverty greater than metropolitan France (40% against 15% in 2018) and  a higher cost of living than in France. Faced with the roar of Reunion, the Reunion Prefect even ordered  a ban of movement at the end of the fourth day of mobilization for half of the 24 municipalities that totalizes the island. French President Emmanuel Macron even spoke of military intervention to restore law and order in Reunion.

The Minister of Overseas Affairs at the time, Annick Girardin, went to the island and met the Gilets Jaunes with promises. Since then, disappointed by unattended or/and unreached demands, such as the establishment of a citizen-decision-making council or an observatory of citizens’ prices, the Gilets Jaunes of Reunion has been transformed into  QG Zazalé and has occupied  the Azalée roundabout in the commune of Tampon since the beginning of January 2019. If the problems highlighted by the  Gilets Jaunes movement remain, the QG Zazalé goes further in their mobilization and prefigure  the Réunion society of Tomorrow through a social experience based on sharing, solidarity, sovereignty,  food self-sufficiency, etc. This experience does not, however, detract the movement from their anti-colonial and anti-capitalist character.

An endemization of the struggle

Zavyé Rivier, the movement’s first-time activist, tells us about the expanded and unifying struggles of QG Zazalé,  which at time are conducted with allies. Several social movements such as Attac, Alternatiba, Extinction Rebellion, Pan-African Reunion Committee, Racine Kaf, Kas Lasenn, Komite Eli, Green Peace La Reunion have joined forces for certain common demands and actions. In some cases the struggle has given rise to repression and prosecution on the part of the state. If, today the crisis of Covid-19, undermines the global capitalist production, it raises serious questions for Réunion as a colonized territory, especially in regards of self-determination. For our interlocutor, the excessive import dependency of Reunion on basic consumption products is extremely problematic and emanates from the policy of metropolitan France which is not in the interest of the Reunion society. Moreover, the control of large groups in the distribution sector or even production on the island dictates policies no more allowed in metropolitan France. According to journalist  Fabrice Nicolino,  some pesticides banned by the European Union are used in Reunion. Like him, Zavyé talks about the misuse of glyphosate, especially in the cane culture, which is highly subsidized by the European Union and occupies more than half of the area of the island’s agricultural land. This production, mainly for export, does not allow for the implementation of an agricultural policy for the real needs of the islanders. For this reason, the collective is taking up the cause of the local planters to ensure that agricultural land is used for food sovereignty and security and that the agricultural model is based on respect for soils and public health. As a result,  the collective is also taking part in the fight for the eradication of bovine leukosis disease in Réunion, which despite the mandatory screening and eradication measures that have been in place in France since 1990,  is not considered in Reunion.

Covid-19
Today, according to Zavyé, Reunion is under threat of what he calls ‘genocide by substitution’ in the words of Aimé Césaire. While the question of  disparity in responsibility positions held by metropolitan expatriates at the expense of the natives of the island is well known, the phenomenon of gentrification experienced by the islanders is less mentioned. According to Zavyé, this existing phenomenon is increasing with the crisis of COVID 19 and the health situation in metropolitan France. For him, in order to escape the severity of the curfews and successive confinements of France, some would not hesitate to come to Reunion, in some cases even to settle there. While it is true that Reunion tourism suffered greatly from the pandemic in 2020, it should be noted that the island still welcomed nearly  100,000 visitors during the second half of 2020, as from INSEE statistics, after the confinement in Reunion. Coincidentally or not, in any case we will note a surge in cases of  Coronavirus in Reunion from mid-August 2020. For Zavyé the relationship is established; the resurgence of corona virus cases in Reunion recently is linked to the arrival of travelers from France. In any case Reunion experienced an incidence rate of 104 in March 2021 compared to 57 in February of the same year.

Dr. Yoga Thirapathi, Head of Medicine at the East Hospital of Reunion, has somehow the same reading. For him there was no strict supervision on the part of the authorities at arrivals at the airport of Reunion. The same applies, according to him, to quarantine measures for anyone arriving in Reunion territory who has not been properly observed and controlled. He believes that Reunion would not have been in the current situation with 1025 new cases and 13 deaths in 7 days  in March 2021, if there had been better control of arrivals on the island. Today, even though the island has been under partial curfew since March 5, 2021, cases of corona remain a concern and we even speak of hospital service saturation. Although this saturation is due to the large number of patients coming from Mayotte, another French colony in the Indian Ocean hard hit by the Covid-19, Dr Thirapathi does not hesitate to point the finger at the policy of public health service dismantling of President Macron,  especially with the removal of beds. All this situation and the  promises not kept by the Minister of Health Olivier Véran demoralize much the health staffs who according to our interlocutor are tired. According to the Head of Medicine, the mismanagement of the pandemic by the French authorities in Reunion, coupled with the existing frustrations of islanders, do not create the best conditions for a trust between many Islanders and the administration. Thus, fake news are easy going in Reunion and pose problems to the authorities. Another concern that this lack of confidence leads to is the difficulty of enforcing well founded or not instructions. This is confirmed by Zavyé Rivier. For him, the Reunion islanders have done a lot since the first lockdown on the island in March 2020 to avoid an explosion of the pandemic. Islanders even asked for the closure of the airport to limit the movement of travelers, something to which the colonial administration have not agreed. Zavyé speaks of a sense of injustice today in the imposed measures to the Islanders who are in spite of themselves suffering a second lockdown.

In any case, Zavyé remains convinced that today more than ever the question of autonomy and sovereignty is more than necessary because of the Reunion’s dependency on imports, which he believes is almost 99%, and also because of the non-participation of the islanders in decisions concerning them. Zavyé speaks about the need for mobilization at the local level and at the Indian Ocean region level with a regional movement for more cooperation, exchange, help etc. for more dignity for the people of the Indian Ocean. For the time being, The QG Zazalé maintains the fist raised to use Zavyé’s words despite the difficulties of mobilization in a period of lockdown.