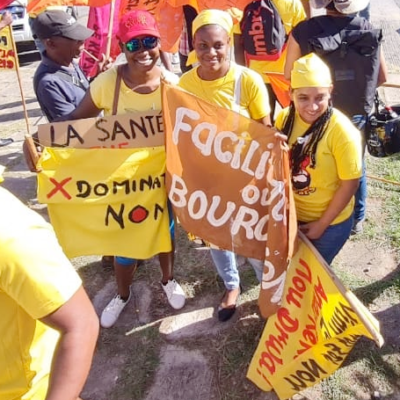 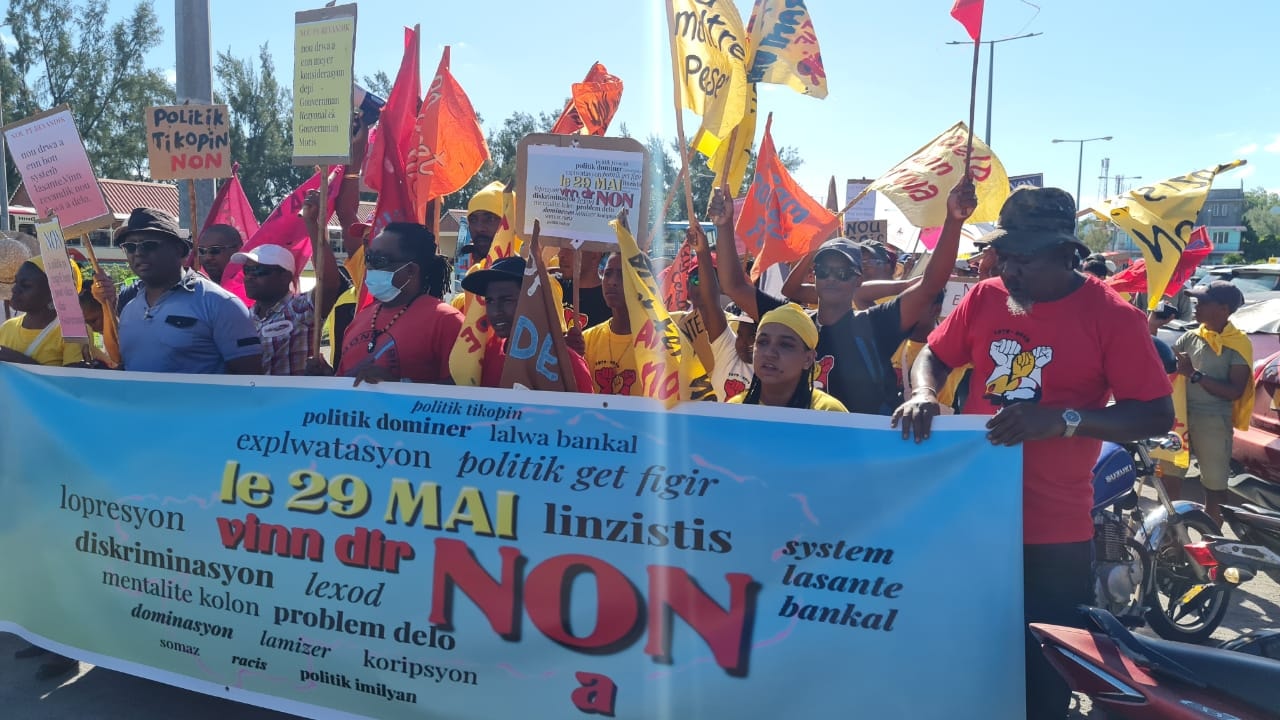 The Rodrigues Government Employees Association is one of the most influential trade union in Rodrigues. It is located in the Independence House in Mont Lubin. Being the first trade union of  the island, its history is tied to its political journey. The union has been a key initiator to self-determination, this why it is not a twist of fate that RGEA’s building is named  ‘Independence House’. The building also makes room for the Workers Education Institute and the RGEA Wellness Centre. The wellbeing of all Rodriguans, native or naturalized, is the priority of the union. In that sense though being an association of public servants, the RGEA has contributed to organising workers from parastatal and private sectors as well. RGEA shares the view that a union has to cater for the well-being of its members. In that perspective, that wellbeing has to do with the living condition of the latter in his/her workplace and society. This explains why a meeting was organized on Labor Day 2021 to reflect on the Islands’ current situation and its people’s status. After a lengthy debate, citizens, organizations present and RGEA representatives decided to establish an action plan. The final decision was to make a pacific demonstration starting at 9hr Saturday morning, 29 May 2021. They thought that was a matter of urgency to voice out about existing problems hindering the development and well-being of the local population especially at a moment of sanitary crisis, though Rodrigues has not had any case of Corona Virus.

RGEA as the spearhead of social movement in Rodrigues.

During a telephone interview with Mr Alain Tolbize, President of The Rodrigues Government Employees Association, he expressed his views on the Rodriguans confined in Mauritius. He claimed more than once that Mauritius’ approach to Rodrigues is more one of a colony vis-à-vis a dependency with decisions being taken in Port-Louis that undermine Rodriguan’s self-assertion. He empathized with the people taken aback by such a situation of confinement. He dealt with the fact that some disabled persons have their carers locked in Mauritius. He claimed that families were separated and children kept away from their parents. It is to be noted that a juvenile is to some extent protected and incapacitated by law and thus requires the responsible party for most formal or informal transactions. He disapproved of the modus operandi of the Mauritian government on such an issue. In regards to the ongoing Covid 19 sanitary crisis Alain Tolbize advocates for a suitable healthcare system in Rodrigues.

Additionally, the actual President of the RGEA claims that the response of a particular minister of the ruling national government on Rodrigues persistent water crisis was striking. The incriminated minister claimed that he is not able to solve such a problem and that the option left for Rodrigues is to take a loan at the Mauritius Investment Corporation. This loan would help to solve the crisis as it appears to the concerned minister. Alain Tolbize was troubled by such a statement.

On the other side, Ms Julienne Meunier from RGEA, defining herself as more of an activist than a trade union associate, claims that there is a need for equality and equity. She claims that every individual irrespective of his or her job or social status has to be treated without indifference. She is of the view that it is still worth fighting for the betterment of the Rodriguan lifestyle. She highlights the situation of farmers facing the outbreak of foot and mouth disease. She stresses the need for these farmers to be considered and equipped to deal with that particular situation.

Ms Antoinette Casimir from the same organisation and whose parents are directly impacted by the situation as farmers backs Julienne’s opinions. She says that the problem has to be addressed responsibly. She is astonished by the inaction of the local authorities. Moreover, she speaks about new phenomena that people in the public sector are facing with the Covid 19 crisis. For instance, employers commanding new jobs without recruitment, causing strain on existing workers who switch between tasks that they are not specialized in. She in turn refers to the people blocked in Mauritius since February. She finds it unfair for people to undergo such an experience.

Mr Christian Leopold has confronted such a situation, a known political and business figure in Rodrigues, stranded in Mauritius. He remedied the situation by applying for an injunction at the Supreme Court. He is now in his homeland but still, Rodriguans are fighting for the light at the end of the tunnel. In a press conference held in May, Mr Leopold denounced the situation of blocked Rodriguans in Mauritius.

The context of demonstration

The issues raised by Tolbize, Meunier and Casimir have been highlighted by people in the meeting on 1 May 2021 and constitute the main grievances for the 29th of May demonstration. The call of the organisers for that event is that the public is welcome to come and address any other social problem. There has been no definite theme that limited the scope of such mobilisation. The people have been encouraged to come with their different claims. Cardboards could escalate from ‘stop illegal sand extraction’ to ‘stop corruption’, propositions for reforms in education, health, legal-political system, and the proposition to solve the water shortage. Societal issues like teenage pregnancy, misuse of technology, to the need for greater freedom of speech are matters of concern as well. The organisers views are that the demonstration be based on each and everyone’s consciousness for the betterment of Rodrigues society.

Thus, Saturday 29th of May 2021, has been the day where Rodriguans walked for their rights. The citizens gathered at about 9 am at the Bus Station of Port Mathurin. They walked all the way through and shouted various slogans against the structural discrimination undergone by Rodriguan society. Throughout the march, organisers invited people to join in and special calls were made to parents to fight for a better society for their children. Some keynotes to remember from the demonstration are the apparent endemic unemployment in Rodrigues that touches even graduates; non-filling of vacant positions in the public sector; and unpaid overtime. Thousands of demonstrators stopped at the Max Lucchesi Street at the MCB Square where speakers succeeded. Various demands were brought forward, namely; A minister as an official representative for Rodrigues instead of a Parliamentary Private Secretary (PPS). They insisted on greater consideration from the Rodriguan government to farmers, cultivators and fishermen. Protestors also addressed corruption as an issue and claimed transparency. Furthermore, they stressed their demands on food security. They advocate that the government should consider the local product and local production. They evoked the need to eradicate the colonial mentality, they asked for a new political system. They claimed that the health care, education and sports system have to be reviewed. They also claim a suitable quarantine system. They claimed that attention has to be drawn towards the 3000 employees involved in the tourism industry as they are directly impacted by the Covid 19 pandemics. It is time for the renovation of Rodriguan hotels according to them. The activists advocated that employers should stop intimidating the general workers who claim their rights. They spoke about wanting  Rodrigues proactive autonomy. They called citizens’ attention to a  suitable harbour system and suitable airport. On a final note, They dealt with the perspective that there are more developments to undergo in Rodrigues than to build track-roads on a quinquennial basis and the emergence to repatriate Rodriguans stranded in Mauritius.