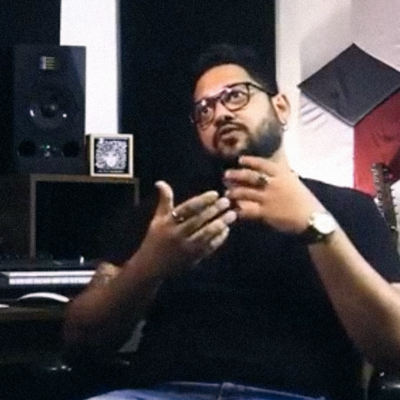 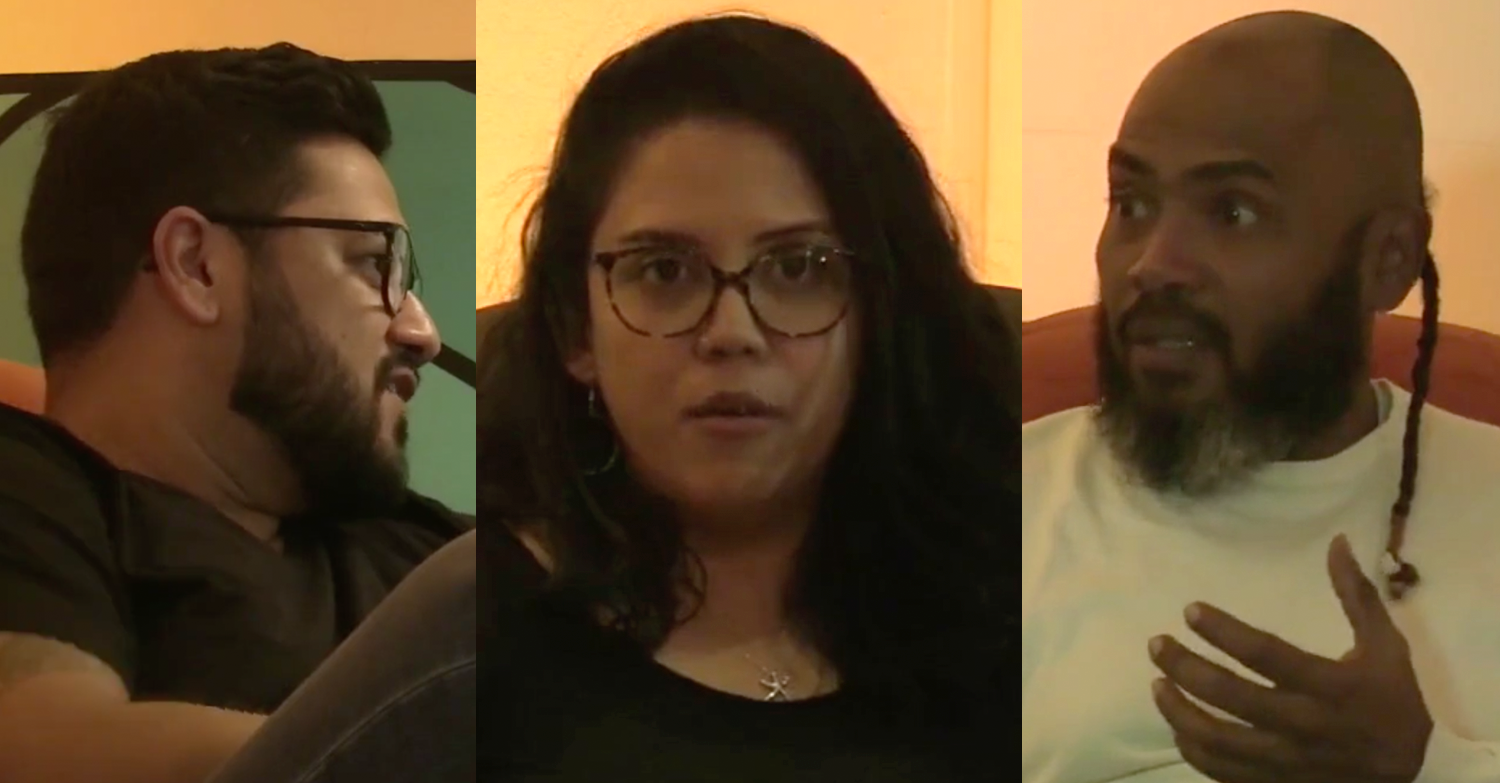 Ki Nouvo Moris marked the 39th Music Day with a debate on art, artists, and the cultural policy for a new Mauritius. Fanny Rengasamy received Stefan Gua, artist and political activist as well as Dylan Gooriah, artist (author, composer, and performer) who lives from his art. The conversation took place at Pizza Lapwint in Pointe-aux-Sables. Video interviews of Toto Lebrasse, Emlyn, Dylan Gooriah, Cindia Amerally Dupuy, and Allan Dupuy aired during the broadcast helped in shaping the conversation.

Being a conscious artist with a political background, Stefan addressed the social responsibility of the artist. He claimed the ever-present existence of art and defined it as vibrations that are interpreted by artists who give them different forms. Consequently, the artist’s sensibility should mirror social difficulties when a society is not working he stated;

Dylan joined Stefan on the need of the artist to share by referring to art as energy as, according to him, we live on hertz.

He stressed that in addition to the lack of frequent sharing between musician and audience, financially it is a big blow; earning a living from one’s s art has turned into something terrible.

Dylan reacted to Alan Dupuy’s video by expressing his sadness in seeing talented people’s choice to stop performing as this represents a loss of quality. Indeed, this is a logical follow-up if there is no recognition for the artist – this is an ever-increasing frustration he added. Nevertheless, he reflected on his 20 years of experience on stage, insisting that strength comes from positivity and optimism since even if in the music sector there are often lows, the sharing and exchange between artists is intense and makes it worth.

Dylan discussed the unbelievable way most hotels pay musicians and the difficult conditions they have to accept. On his part, Stefan mentioned the importance of separating the art, the artist, and what keeps one’s kitchen running. He suggested that music in Mauritius can be divided into three sections: hotels, stages, and production and deplored that some artists have to engage in all three to be able to eat;

Furthermore, he outlined the history of global trends in the music industry, citing digitalization as a response to a crisis in the years 2008-2009. He suggested that the government should have, in the last budget, come up with strategies to encourage online platforms that stream Mauritian musics as this would have solved many problems, also in terms of control. Coupled with the Artist’s status, a cultural policy is essential for the reinvention of the art sector he added.

Dylan recognized in being fortunate enough to work in many different areas of the music business, including production, and he spoke about music as a medium of expression. He talked about the high cost of studios and the inability of some people to pay for a recording as they are no longer working. He asserted that creativity also comes in difficult times and that on the production level he tries to adopt certain democratization by doing free recordings and guidance for example. He recalled the difficulties he faced in recording a quality sound to explain his investment in production, which is essential for the promotion of art and the possibility of openings.

Furthermore, he affirmed that production is the future;

The Status of Artist Bill

The Status of Artist Bill is a proposed bill that dates back to 2016 and in the 2021 budget, it was announced that the EDB will act as a one-stop-shop to promote the creative sector internationally.

Dylan emphasized the importance of structure; he evoked the creation of a real concert hall and the lack of infrastructure needed to organize workshops, sharing sessions with artists from other countries. Naturally, he spoke of recognition of the artist as part of the culture, quoting « Without music and art, man is a beast« . He took the example of the Sakifo festival in Reunion where the state collaborates in the organization of the festival and thus helps the consumption of culture and spoke on the massive affluence to the festival in Réunion that contrasts with Mauritius. For him, there is a lack of education and he hopes that the Status of Artis Bill will raise an understanding.

Likewise, Stefan reminisced about his college days when he visited art openings and galleries to show us that there is a disengagement of the State concerning art when it is its vocation to educate. He also stressed the need to popularise different art forms and to create spaces for talent and the importance of fostering development over competition.

Stefan pointed out the need to stimulate art and culture from a different perspective than the EDB. He explained the outlet function of art that Emlyn mentioned in a video ;

Yet, he also proposed that the state should take tax exemption measures on concert tickets that supports festivals with local artists that will promote them whilst giving them more access to stages.

Art as a profession that requires a lot of work, sacrifice, and effort…

Stefan proposed the introduction of a minimum wage threshold for hotel musicians. He also talked about a mechanism to combat fraud, because some people already have a job and are competing with people who depend exclusively on the income they get from hotels as a perfomer. Furthermore, he suggested the creation of an artist’s pass where the Mauritian artist can register and access facilities to exchange forums and the purchase of instruments.

Likewise, Dylan made it clear that everyone has the right to play music but that there must be regulation. Key ideas to retain are his mention of the setting up of a contract with the details of a common agreement so that the artist is treated well and acts well too. Dylan believes in the sharing of the stage by artists practicing different forms of arts as a unique experience.

A deep optimism emanated from Dylan’s heartwarming wishes to those who are willing to take this long but beautiful road and Stefan’s advice on staying strong and endorsing the artist’s responsibility.

Both artists concluded this conversation in a live performance of Kaya’s songs Ras Kouyon and Lanpir Iniversel.