The plot of State mongers to silence trade unionist at the Airports of Mauritius. 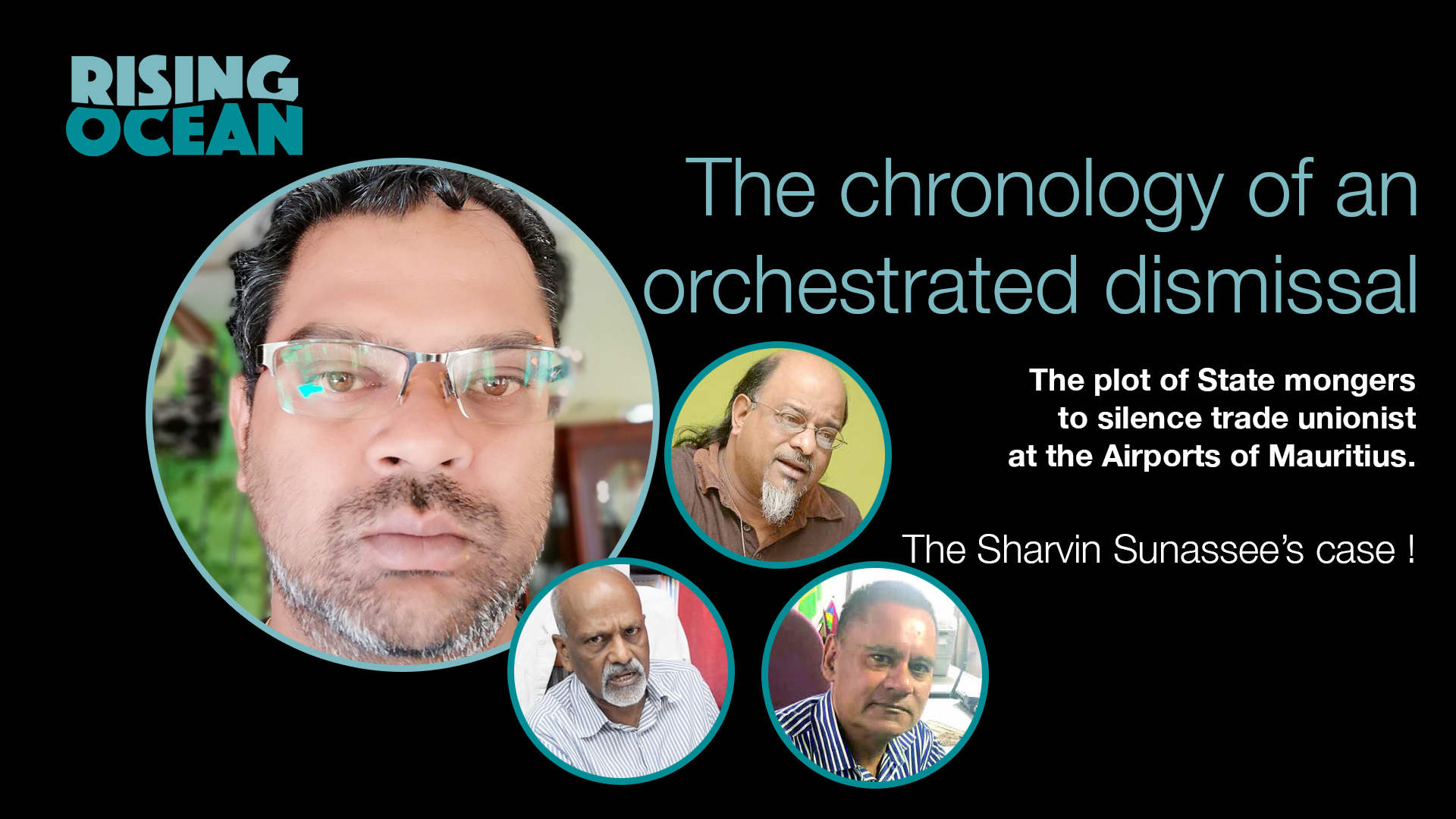 Sharvin Sunassee indeed obtained an order from the Supreme Court to which AML never responded and that the disciplinary committee ignored. When he proved the accusation from AML wrong, news charges popped-up and retaliation measures continued with an instrumentalized disciplinary committee…

The chairperson of the disciplinary committee, Ms. Marylou Soopramanien is being paid by the employer to chair this committee… Sharvin Sunnassee has proven an ardent and fearless unionist that has clearly been the target of nominated potentates managing the Airports of Mauritius Ltd. His case, is a high profile one because it is an attempt to trade union rights. Those rights were obtained in 1938 after massive social unrest at time when Mauritius was still under British administration.

Those events are taking place at a moment where workers of Mauritius are facing difficult time in relation with the COVID-19 pandemic. On the 11th of July some 10,000 people expressed their anger, on the street, against government administration of the whole crisis. Sharvin Sunassee is a member of the Kolektif Konversasion Solider that triggered the massive demonstration of the 11th of July.