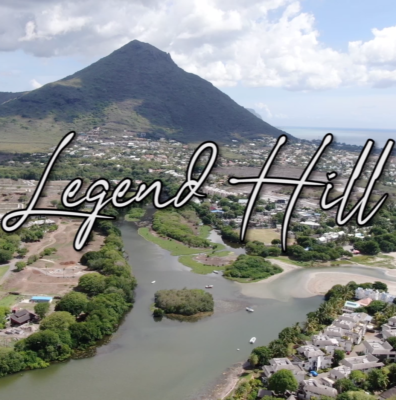 Legend Hill… or the destruction of an ecosystem!

On the west coast of Mauritius, in the village of Tamarin, the construction of villas and other property development on the slope of La Tourelle is creating much grievances. The Legend Hill project is the first of a type where locals are assisting at the progressive destruction of a mountain. Apart from the potential threats it poses to inhabitants living beneath in terms of landslide, this project is venturing in the already meagre biodiversity reserves that are left in Mauritius. Professor Vincent Florens, one of this documentary intervenors rightfully expresses his fear that this project might open the gateway to constructions on mountains and slopes in total disrespect of law and the multiple threats that this may represent.

In this Documentary realised in February 2021, four intervenors give their views from their perspectives on this project. Though, their discourses on this project are from different angle, there is one thing that unites them all, there are critical issues with this project.

• David Sauvage, ecological and political activist from Rezistans ek Alternativ speaks about the systemic root of the problem that is burying Mauritius more and more in the contradiction of so called ‘development’ versus nature. He speaks about the necessity for a shift in development model that is not only posing serious threats to ecosystems, but also to people’s livelihood and that holds the recipes for serious social crises.
• Adi Teelock, engaged citizen, environmentalist and member of the Platform Moris Lanvironman speaks about the weaknesses of the legal framework and the responsibility of the State and statuary bodies that seem more inclined to flee their duties than acting for the best interest of Mauritius, its ecosystems and people.
• Marie-Anne Lagane, engaged citizen, social worker and inhabitant of Tamarin gives us the insight of someone born in Tamarin and that has witnessed the change and gentrification process taking place. In her moving testimony she speaks about the social structure and communitarian way of living that has vanished in time to make place to a form of neo-colonisation that is distorting this part of Mauritius.
• Professor Vincent Florens, associate Professor from the Bioscience Department of the Faculty of Science from the University of Mauritius speaks on the importance of mountains and the necessity to preserve them from destruction. He also speaks of this project as being a bad precedent in terms of destruction of what is left of Mauritius biodiversity.

The project of Legend Hill is still ongoing, despite several protests and demonstrations mainly by inhabitants of the west coast. Apart from the points raised in this documentary, there are a lot of grey zones regarding permits that were rejected initially and later approved upon change of political figures in local councils, there is also questions about the timing for public comments whilst Mauritius was in lock-down.