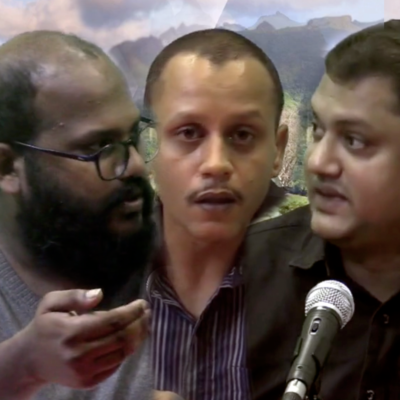 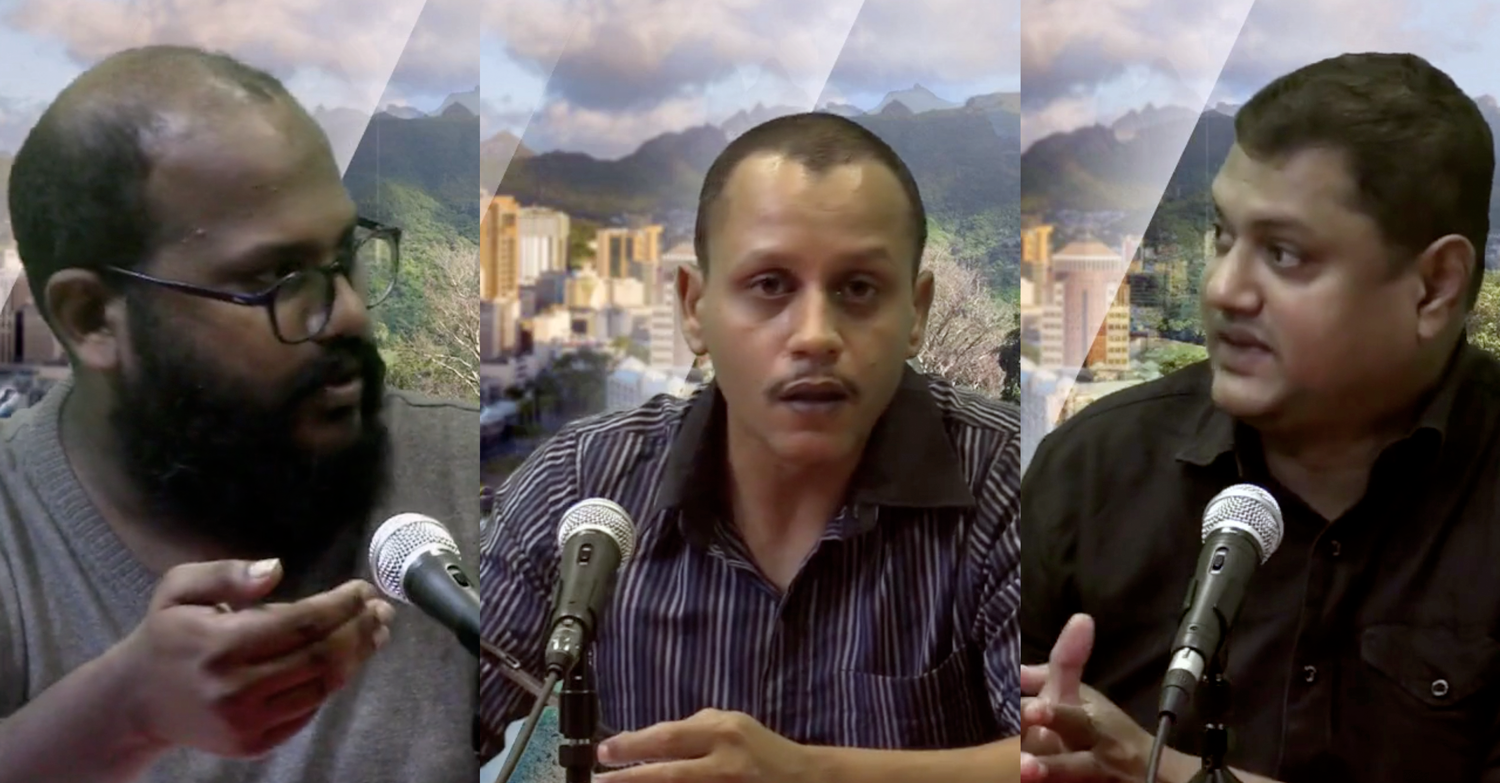 The budget 2021/2022 was presented on Friday 11th of June and three days after, Ki Nouvo Moris’s broadcast organised a discussion in line with this. Michel Chiffonne received Kugan Parapen, economist and member of Rezistans ek Alternativ, and Rajen Valayden, Chief editor of the newspaper Capital and political activist for an in-depth analysis of measures announced.

The host introduced the debate by citing the challenges we are facing. He expressed the expectation of the people for a reorientation and the responsibility to remember that we are a republic of which Rodrigues and Agalega are also part.

The budget presentation
Rajen spoke about the understanding of the term ‘budget’ which has become an annual event orchestrating political speeches filled with propaganda in Mauritius. He drew a parallel with the situation of a patient who needs to be diagnosed in order to be given the right treatment to emphasise the importance of the evaluative dimension of a budget. Moreover, he mentioned that a budget is basically an accounting exercise clarifying revenues and expenditures to indicate the direction taken by the country. He indeed acknowledged that the risks of cyclical changes, unexpected crises such as the Covid-19 are not ruled out in this exercise but found it inadmissible to blame the Covid-19 whenever each time a problem arises;

Likewise, Kugan explained that according to the Minister, Mauritius is sick but it is a temporary illness. He related that most economic observers have acknowledged that the Minister has missed his appointment with history; the systemic problems facing the economy before the pandemic have not been addressed. With this in mind, he gave a detailed overview of the actual triple crisis we are facing: the economic crisis itself, the recession, the currency crisis, and the public debt crisis.

Kugan commented that he felt that the expectations of the people and the moment were not addressed because the gravity of the situation was not recognised in the minister’s speech.

Hypocrisy in the capitalist system… is enough being said about forces that control and decide everything?

With Air Mauritius almost on its knees, Covid-19 still around and the number of cases increasing Michel has wondered how this tourism-oriented reopening will be accomplished.

Rajen decried the hypocrisy around the tourism sector;

He also raised the hypocrisy around the figures which are distorted from the very beginning. For instance, he unfolded the lack of honesty and the political interference, and the manipulation of public opinion on the part of the government.

Kugan explained the hypocrisy in the local market;

He later underlined the « coincidence » between the rescheduling of the big companies and this drain construction project.

Taxation, debts, and inflation.
At time of deabte the current national news is the some 6 billion debt (with interest) of the State to Betamax.

Kugan reminded us that debt(amounted up to 110%) is increasing and it is normal that there is a lack of money. Nonetheless, Betamax will have to be paid, there is no way out of it he further stated;

Rajen added that mechanisms exist for countries to buy back such debts and that organisations such as CEB and CWA that provide services are not supposed to generate profit.

Michel asked if economically there is not a transfer of the burden on the working class since taxes do not seem to concern the richest.

Significantly, Rajen claimed the refusal of economists to talk about the shadow economy which he estimates at almost 70% of GDP.

Kugan pointed out that there is a difference between the increase of a product itself and the imposition of the tax by the government. He mentioned the huge amount of money circulating in the world at the moment, accounting for the surge in commodity prices.

Kugan informed us about the depreciation of the rupee which is not controlled by the government but by a managed float. After the Gold Standard mechanism of Bretten Woods failure in England, it is now market forces that determine the value of a currency he later added.

Mauritius as a coloniser towards Rodrigues and Agalega
In response to Alain Tolbize intervention**, Kugan recalled that Rodrigues has a local government and that it is a constituency by itself. He put forth the state budget which does not allow each constituency to have its own budget and the fact that it is therefore up to the government to ensure that the needs of all the people of the Republic of Mauritius are adequately addressed. He stated that the water problem has been going on for several years in Rodrigues and it is absurd to ask them to pay for a right.

Rajen supported that Rodrigues must come forward with formulas and that the least we can do is listen to the people. Furthermore, he talked about the privatisation of water which will be done with the help of SPVs, special purpose vehicles and deplored that the time has come to make public the representations up to the budget.

Rajen pointed out the number of contradictions in this budget by reviewing two big projects in the last 5 years: the metro express and what is happening in Agalega, both of which are exempt from EIA. In the past, he had proposed to study the capacity that we can continue to build but this is no longer possible. 11.7 billion has been allocated to the construction of drains in the south east of Mauritius because of the floods and Rajen revealed the lack of people involved in the relevant institutions;

Energy production
Michel observed increase in energy imports and the 60% control of the private sector over power generation. Kugan said that Mauritius is a victim of being an island, but not from the point of view of resources but of mentality;

Despite the end of their contracts in 2020, the same people will be in charge of power generation through renewable energy and Rajen related an anecdote to make us understand that the mindset in the highest circles considers the country as their own.

He also referred to the Powershift Campaign conducted in 2006 for a battle against the City Power Station, against coal. Michel built on this by revealing the projects submitted to the CEB around the agri-solar farms which could have become an economic pillar where every citizen of Mauritius would have been a part of.

Kugan evoked the urban terminals, energy centres where there will be no loss of money and where the collective ownership would have been perfect.

Exploitation
Employment is used as a Damocles sword. According to Rajen, exploitation is the link between all the issues that have been raised. The provision to curb dismissal ends on the 30th of this month and the minister did not mention anything about it in the budget. Rajen reminded us that this law was enacted following protests.

Kugan predicted the revelation of the atrocities of this government with the Covid-19 Act and sighed the lack of ambition in this budget with the increase in unemployment.

Michel spoke about the reduction of our liberty rights as citizens and the launching of movements to act against this.

Actions to meet together
Rajen insisted on an update of the actions to be taken;

Kugan joined Rajen by noting the referral of the municipal elections, which shows a lack of trust in the people;

Hope therefore lies in bringing people together and Michel concluded this debate by quoting a sentence from Rajen:

We don’t ask for rights and power, we just take them.

Shanu Seebonuth’s reaction to the budget 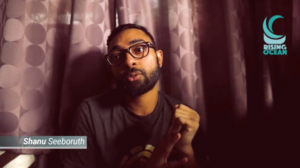 As a youngster, Shanu believes that the budget is a medium to provide direction and that he felt in the Minister’s speech that he chose to go towards an economy that works according to a pre-established agenda that does not necessarily reflect our needs in a pandemic context. He especially raised the volunteer lack of will on the part of those in power who hide behind the pretext of the arrival of Covid-19 and their lack of courage to accept that things are no more working.
He referred to certain hypocrisy on their part as they do not want to encourage local production. The private sector, linked to the financing of political parties, will be the biggest losers if the import of goods is lowered.

Jayen Chellum’s reaction to the budget 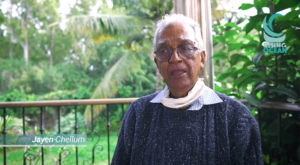 He spoke about the disjointed approach to the budget presentation where there were repetitions at different times.
He expressed his disappointment with the problems of consumers;

He drew a parallel with last year’s increase in the sugar tax to control diabetes, when no studies are being carried out on diabetes, to decry the lack of awareness-raising campaigns against smoking. He also queried the target they have set themselves regarding renewable energy and mentioned the rising prices of building materials as the construction of 12,000 houses was announced.

According to him the government should have come up with measures to counter the continued depreciation of the rupee. He also pointed out that even though a lot of measures have been announced, one needs to have the document with its annexes to find out what is hidden. 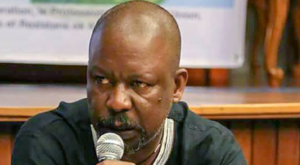 As a member of the Rogrigues Government Employees Association, Alain was questioned about welcoming of the measures taken for Rodrigues. All measures affect Rodrigues in one way or another. He felt that there should be a minimum of investment in the water sector in Rodrigues since this is their biggest concern;

She expressed that as a young person she finds it essential to find solutions to manage crises and the budget goes against this;