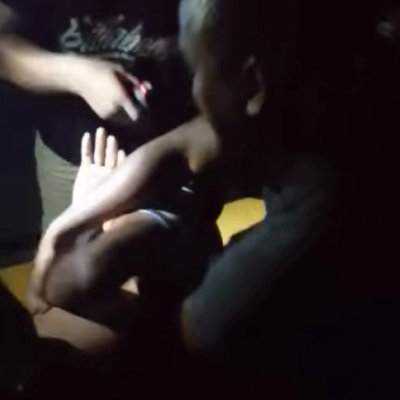 Police brutality and impunity. The role of the Police in the advent of a ‘New Mauritius’? 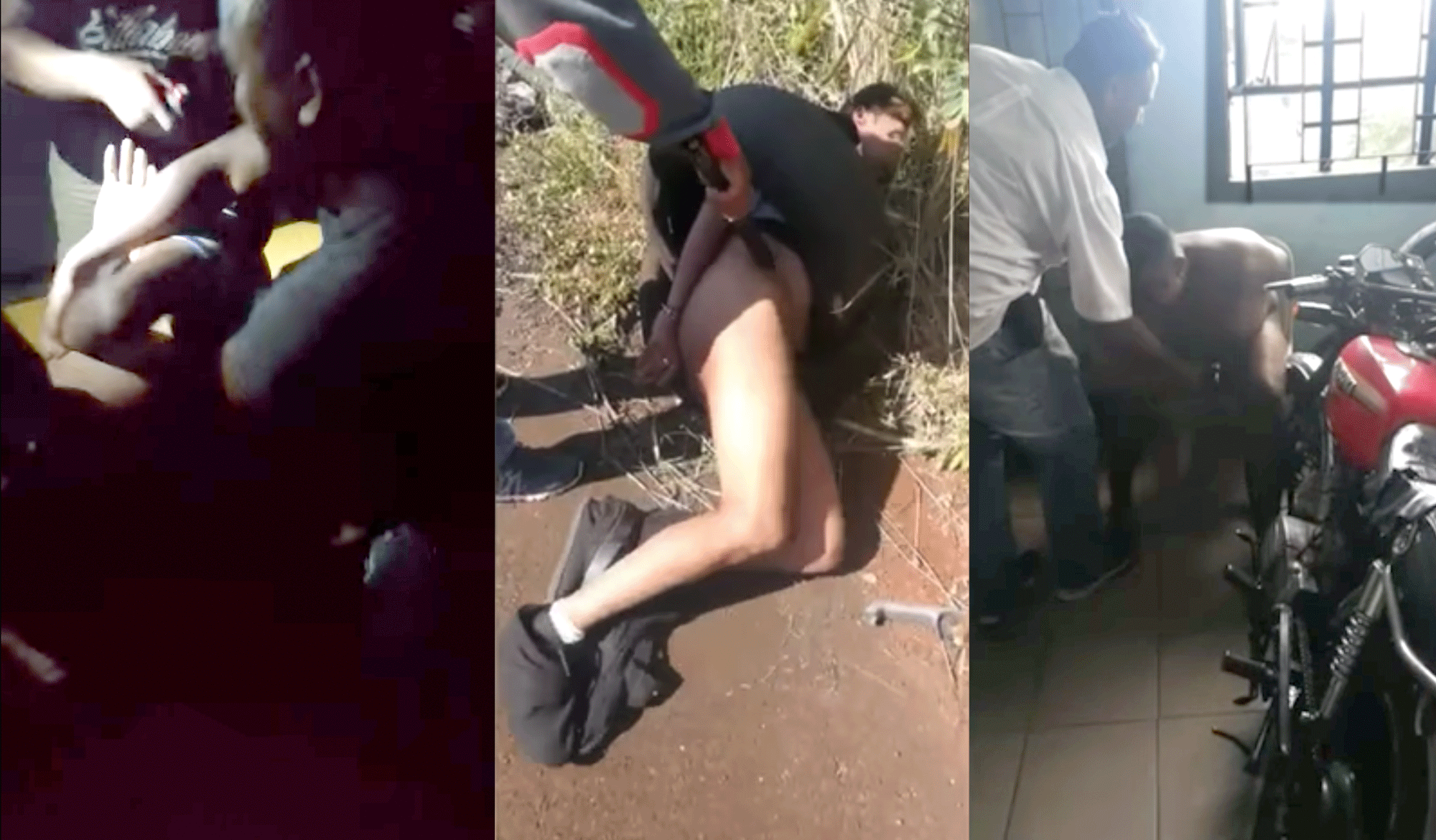 For a week, the web has been stormed with videos compromising the integrity of the Mauritius Police Force (MPF). Videos in which a group of police officers are portrayed torturing and using inappropriate and provocative languages against citizens often to make them confess to crimes. This institution has had track records of aggressive, violent and pervert acts towards people in custody. It is in this context that Rising Ocean organized its debate. On Monday 6th June 2022, Mooneapillay Ecrikson, lawyer for human rights and member of the NGO Dis-Moi was invited to discuss police brutality and human rights. The debate was hosted by Georges Legallant.

Erickson Mooneapillay started this debate by providing his definition of human rights as being the set of rights that a human being is entitled to from his birth independent of the latter’s birth origin. As such arguing that human right is irreversible and inalienable.

He acknowledged that there is a culture of human rights in Mauritius in comparison to 20 years back since the present scandals of police brutality have created a collective shock within the society. Individuals are now aware of their rights, and act of perversion and abuse are no longer tolerated. But there is still some way to go, the recent scandals have revealed that some people in the police department want to do justice by themselves,whilst this is not allowed by the law and constitution.

“No person shall be subjected to torture or to inhuman or degrading punishment or other such treatment.”

The legal advisor claims that police torture is a recurring problem that he is addressing for more than one decade. The latter says that he was petrified by the maltreatment inflicted by some members of the police force on detainees while in custody. He points out some cases whereby he denounces the use of dangerous weapons such as tasers and electric batons which are firmly prohibited within the police force. He assumes that this is the result of long years of inaction and that this culture of impunity will cause further illegal proceedings. Me Mooneapillay highlights the fact that all political parties that have been in power are guilty, since after independence none have managed to rectify the situation.

“Although having the Forensic Science Laboratory in Mauritius, police officers continue to obtain confessions through barbaric acts rather than scientific methods.”

He reminds that these police officers are paid with public funds to provide numerous services to the public, assistance which do not encounter tortures and violence.

For the human right supporter, the State has failed in its mission ; ensuring the security and well-being of its citizens. He severely condemns institution such as the Mauritius Police Force (MPF) and the National Human Rights Commission (NHRC). He is from the view that those institutions should be totally independent and impartial. For him those institutions have failed in addressing police torture cases and that there is a serious leadership issue. He further added that investigation into cases of tortures by police officers are carried out by the police, whether by the Central Criminal Investigation Department (CCID) or the Independent Police Complaints Commission(IPCC) thus the questions of impartiality and integrity.

He says that the latest scandal has given a bad image of Mauritius internationally. Me Mooneapillay claims that this situation would not have happened today if the State and its institutions had listened to NGO such as “Dis-Moi” as well as human rights lawyers and activists. He believes that willing to please each other in the system and not acting upon rules of law, causes the inaction of the authorities and by the same increases cases of police brutality. Erickson further exposes the fact that no police officers have been found guilty according to the section 78 of the criminal code act **(torture by public official).

What role should the police force play?

Me Mooneapillay says that within the State, power is classified in 3 categories; Legislative, which is the power to make laws and establish the government’s budget ; Executive, the power to enhance laws; and Judicial, the system of courts that interprets and applies the law in force. The police force acts only in the executive power therefore not mandated to carry out justice on their own. Also their duty is to apprehend potential suspects and they must always bear in mind that these people are innocent until proven guilty. He also suggested that investigations should be done on a non discriminatory level and that the police servant must look for proof in an unbiased way regardless of ideology, personal and political motivations.

The latter declared that each political party who had been in power, used the police force as a weapon against opposers and as a way to repress any critics coming from the population. Therefore the police officer thinks that his duty is to be at the sole service of the government and not for the citizens security and protection. Erickson views Mauritius as being in a dictatorship because in a State of law, the police itself should remain independent from the political regime in power. He believes that progress can only happen with a system change.

In order to bring changes, Erickson proposes the formation of Police officers to human rights as well as the identification and suspension of the police torturers.

“Once an allegation of tortures in police custody is made, the accused officers should be suspend pending the result of the investigation.”

On the same wavelength, he argues that Mauritius citizens should not be viewed as passive and empty people who do not understand when fooling attempts. This approach only creates a decline in trust in institutions and in the authorities. Me Mooneapillay thus believes that this loss of confidence will eventually cause anger and rebellion where the population will try to seek justice by itself.

In the affair of Christopher Pierre-Louis, Erickson claims that there has been a cover up by the police force since 2020. The USB containing the video has not been viewed while it contained overwhelming evidence of torture by police officials. He reminds that these police servants have the lawful duty and moral responsibility to keep the population safe. Not taking this USB in consideration could have put the safety of the nation at risk if it was about evidence of public security. He is of the view that new policies on the arrest, detention and interrogation of suspects should be made and he says that Dis-Moi advocates that each suspect should be accompanied with a court appointed lawyer.

“This service should be delivered on a 24/7 hour basis since the constitution declared that each and every suspect should have access to a lawyer.”

He also noted that in many cases, confessions are obtained in the absence of a lawyer, therefore denying an individual’s right for legal assistance. Additionally, Erickson adds that the interrogation of potential suspects should only be made at detention centers, such as the Moka and Vacoas detention center and not at the CID.

Me Mooneapillay thinks that in view of the videos that went viral on social media and persistent acts of police violence, a commission of inquiry is needed and will provide in-depth analysis of the situation. Although it is costly and has limitations, he believes that such a commission of investigation will enable the implementation of new law proposals such as a custody sergeant, who will cater for the care and welfare of detainees. With this commission, he assumes that there will be no cover-up tentative since all the papers will be made public.

In conclusion Erickson acknowledges that today’s society is violent. For him those police officers have been socialized with the idea that a bad action must be corrected by a corporal punishment. In order to eradicate violence and uncivil customs the Human Rights defender deems that appropriate training must be provided to the police. He believes that this will contribute to changing police officers’ approach and that they will treat the public with courtesy. This will also allow detainees to leave the detention centers without any physical or psychological injuries.

Torture by public official (1) (1) Subject to subsection (3),where – (a) (a) any person who is a public official, or is otherwise actin an official capacity; or (b) (b) any person, at the instigation of, or with acquiescence of, a public official or a person otherwise acting in an official capacity intentionally inflicts severe pain or suffering, whether physical or mental, on any otperson- (i) to obtain a confession or other information from that other person, or a thperson; (ii) (ii) to punish that other person for an act which that other person or a thperson has committed, or is suspected of having committed; (iii) (iii) to intimidate or coerce that order or a third person; or (iv) (iv) for any reason based on discrimination of any kind, he shall commit the offence of torture and shall, on conviction, be liable to a fine exceeding 150,000 rupees and to imprisonment for a term not exceeding 10 years. Amended by [ Act No. 36 of 2008 ] (2) Where the act constituting an offence under subsection (1) has been committed outsMauritius and – (a) (a) the victim is a citizen of Mauritius; (b) (b) the alleged offender is in Mauritius; or (c) (c) the alleged offender is in Mauritius, and Mauritius does not extradhim, a Court shall have jurisdiction to try the offence and inflict the penalties specified subsection (1). (3) Subsection (1) shall not apply to any pain or suffering arising only from, or inherent in, or incidental to, a lawful sanction. (4) It shall not be a defence for a person charged with an offence under subsection (1) to prove that he acted by order of his superior.

Watch the all debate here :